Chad Meigs is holding a bine from his hop field. (Emily Kenny/Spectrum News 1)

Critz Farms in Madison County, owned and operated by Matthew and Juanita Critz, is one such farm brewery, producing its own barley, pumpkins, apples, and maple syrup that they use in their beers and ciders. 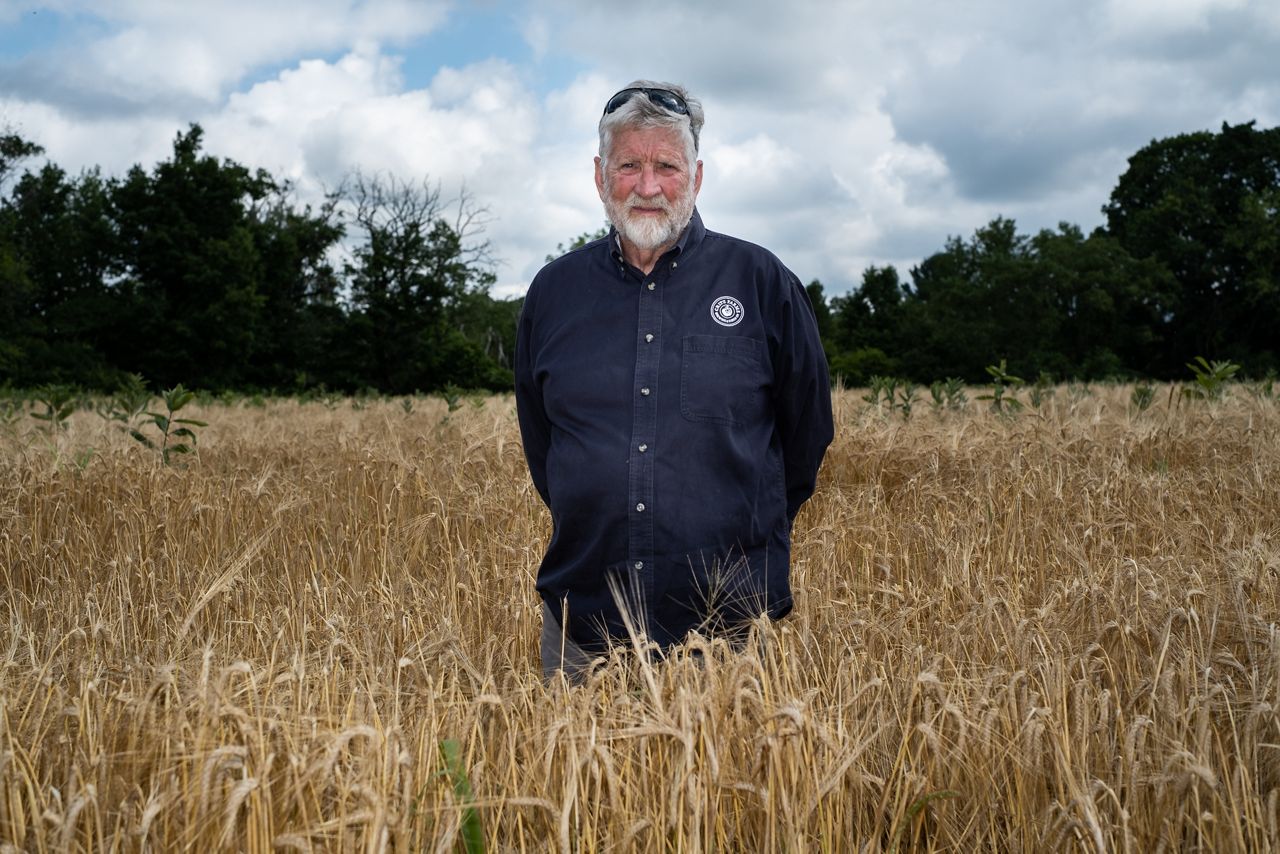 Matthew Critz stands in front of a portrait in their barley field. (Emily Kenny/Spectrum News 1)

The Critzes started making hard cider in 2010 and then realized they had to change with what their customers wanted.

“Once we started making cider, we realized that a lot of the people who came in kept asking for beer,” said Matthew. “And beer and cider seem to go really well together for tastings and things like that.” 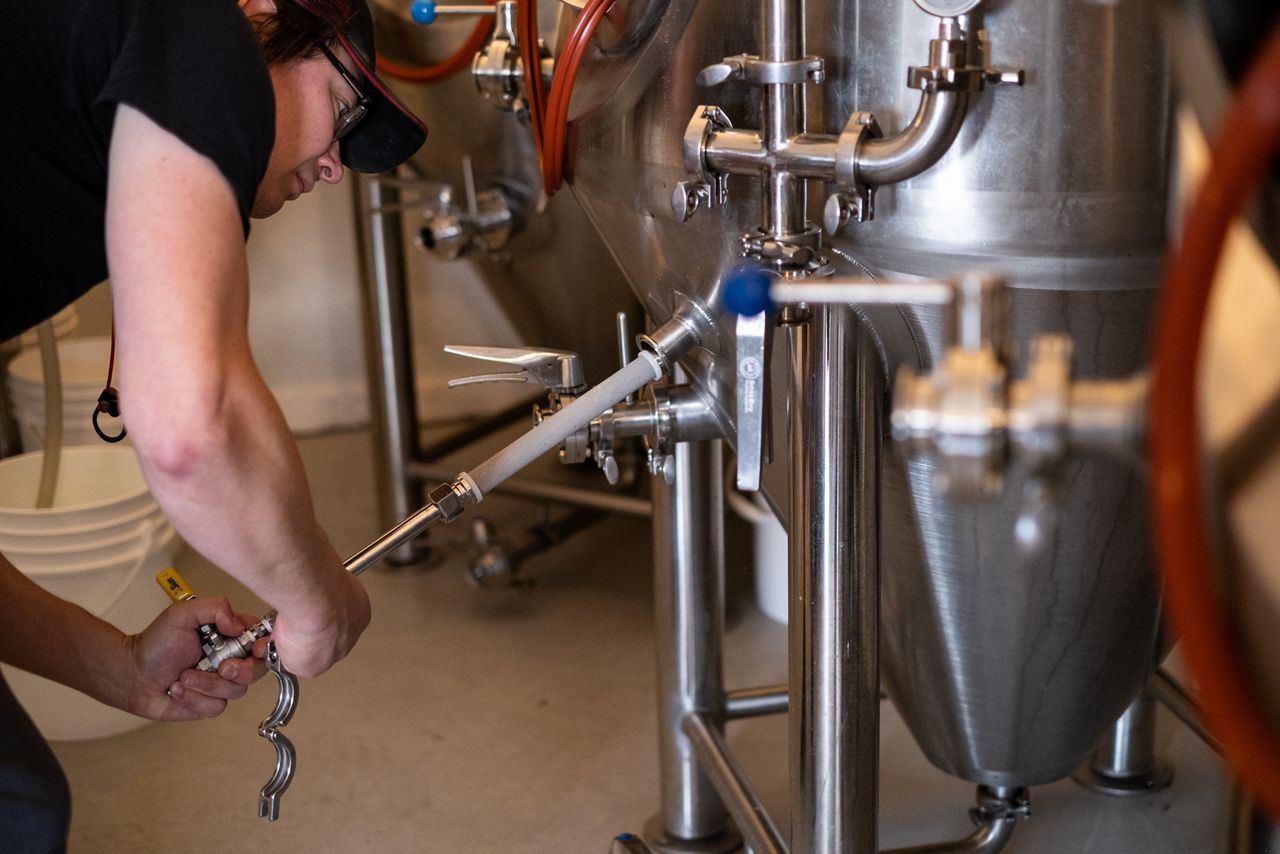 Michael, the head brewer at Critz Farms, puts a piece of their tank back into place. (Emily Kenny/Spectrum News 1)

Critz explains that most of their beers use barley, which is made into malt, from their farm, including their Pig City Porter and various IPAs. He prefers to use as many ingredients grown on their farm as possible.

“Seventy to eighty percent of our apples are now used for our cider,” Critz says. 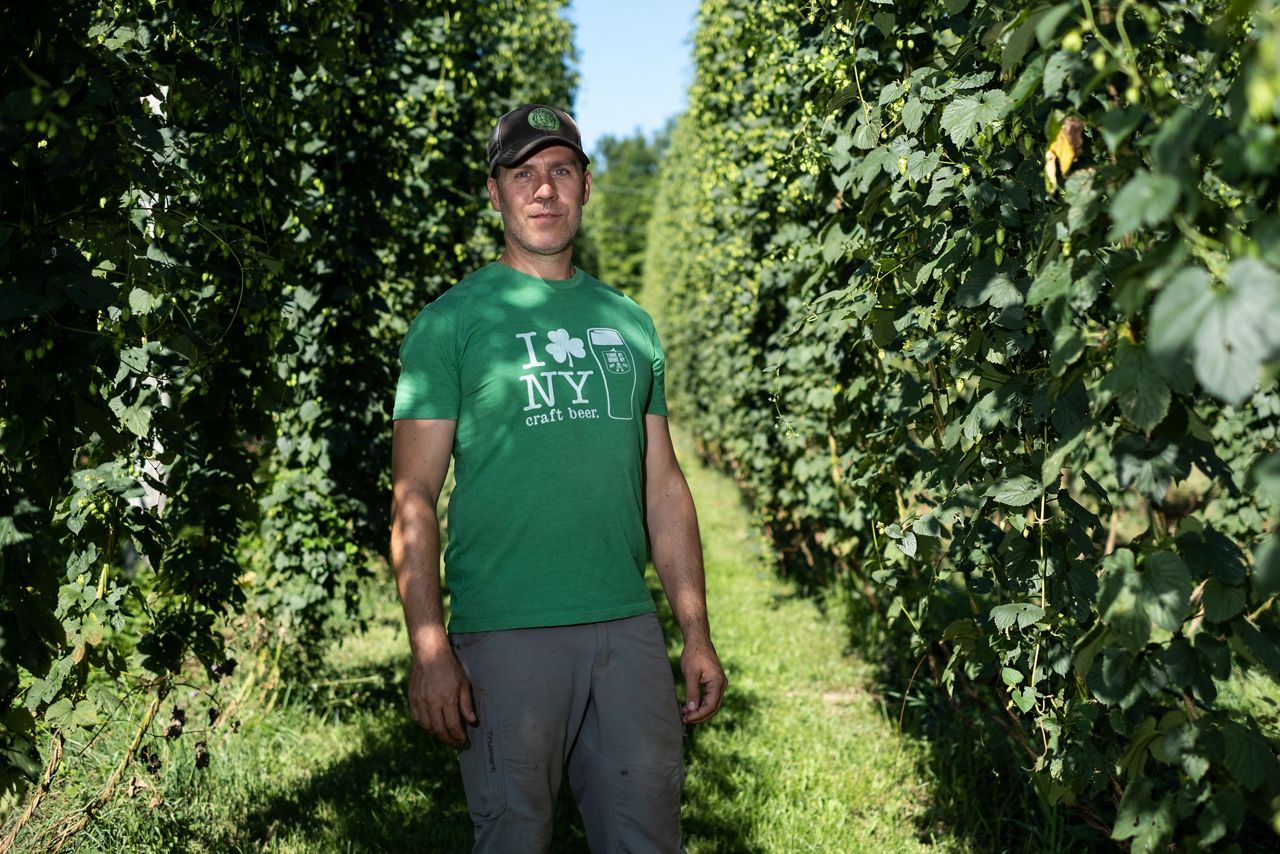 Chad Meigs stands in front of a portrait in his hop field. (Emily Kenny/Spectrum News 1)

Previously, Critz had grown hops to use in their beer as well, but they can be challenging to grow, so instead he started buying the hops from the local hop farmer, Chad Meigs, who owns the Bineyard.

Meigs grows six varieties on four acres of hops on his property and two acres in Meier’s Creek in Cazenovia. He started growing hops in 2010 when he planted four hop plants. 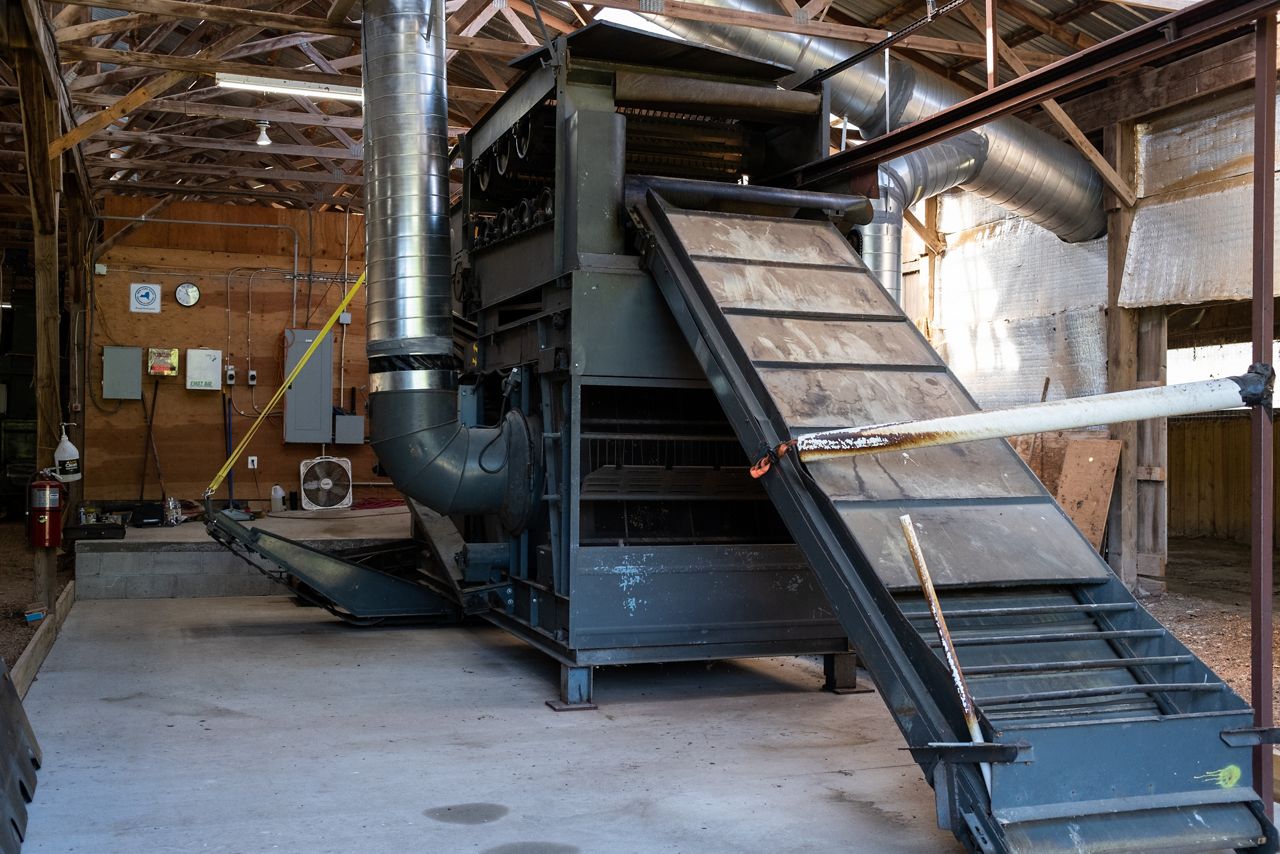 The harvesting machine with which Meigs processes the vines. (Emily Kenny/Spectrum News 1)

Hops are a perennial and come back every year, but take three years to produce a yield. Meigs explains that hops must be supported by a trellis because they can grow incredibly high.

“The trellis is just a big structure to hold the plants, and because hops grow 18 feet high, each plant can weigh up to 15 pounds each,” Meigs said. “So if you have hundreds in a row, that’s a lot of weight, so you need a trellis to hold it all up.” 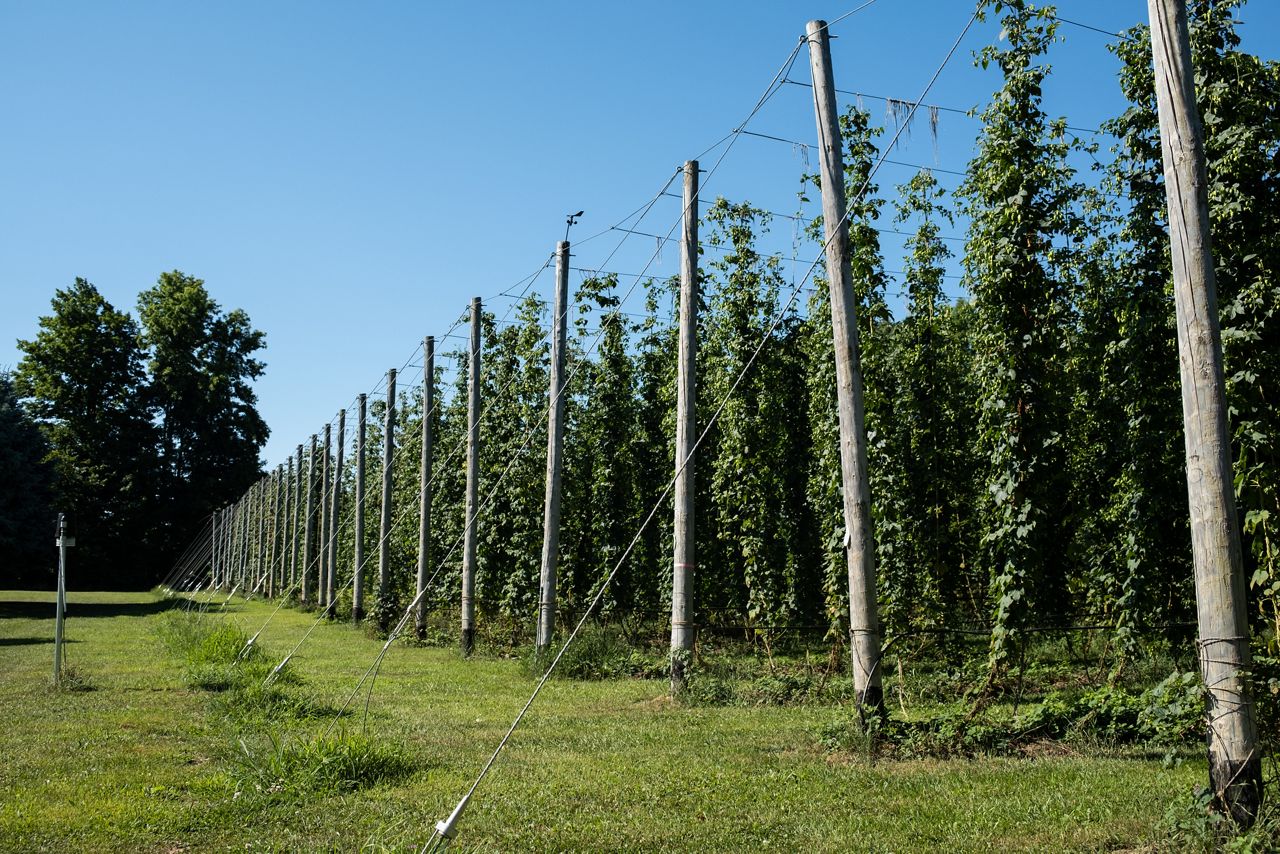 Some of the challenges associated with growing hops include powdery mildew, blight, and certain pests such as aphids, grasshoppers and spider mites.

Meigs said he tries to be environmentally conscious with what he uses on the hops, but these pests make it extremely difficult to be an organic hop farmer.

To help farmers, New York provided money to Cornell Agritech to research a new variety of hops specific to New York — in a similar way, grapes were bred for Finger Lakes wineries. 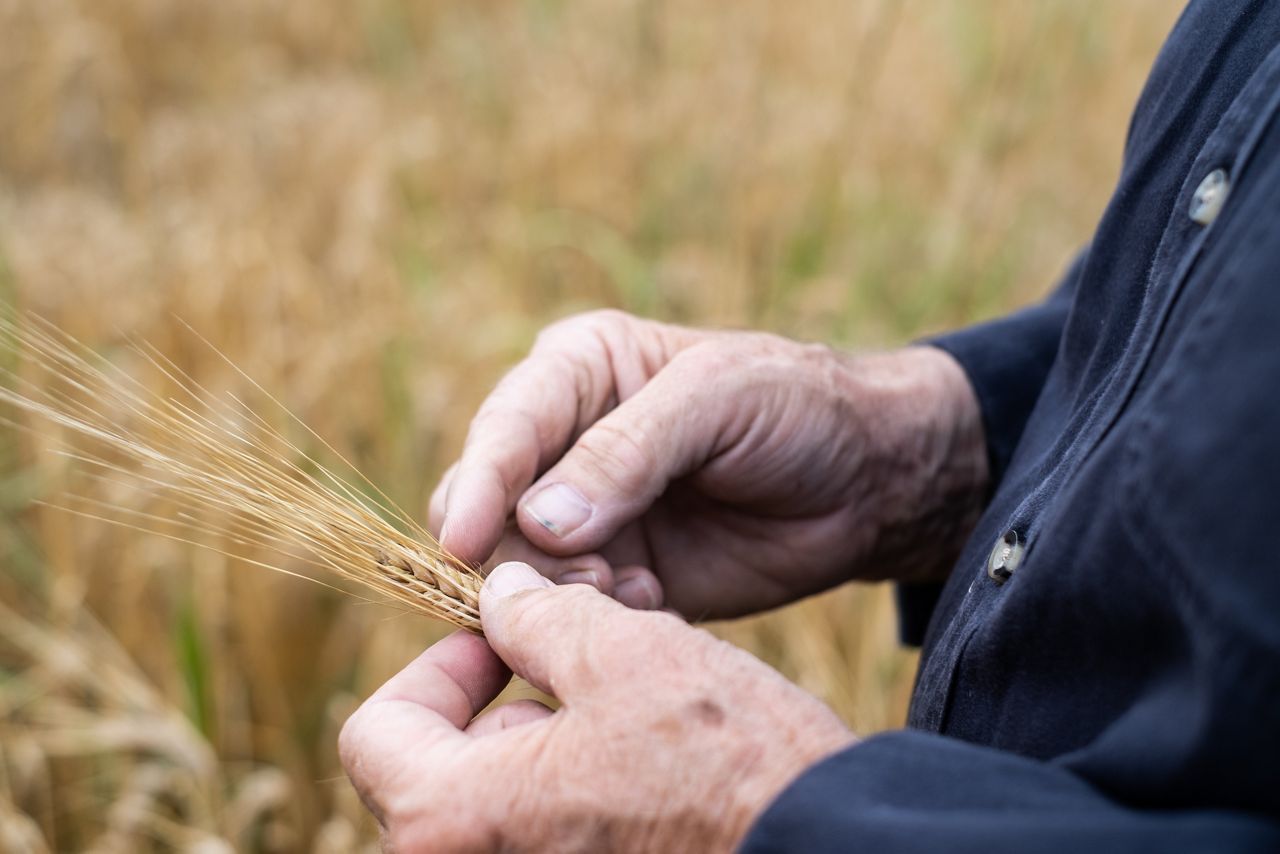 Matthew Critz tries to decide when the barley is ready for harvest. (Emily Kenny/Spectrum News 1)

“For the past two seasons, we have raised $350,000 annually for Cornell Agritech to start a hop breeding program to grow a hop specifically for New York, which is very exciting,” said Meigs.

New York is also encouraging homegrown brew-related agriculture by requiring that at least 60% of the hops and other ingredients in the state must be grown for a brew to be considered a New York beer. 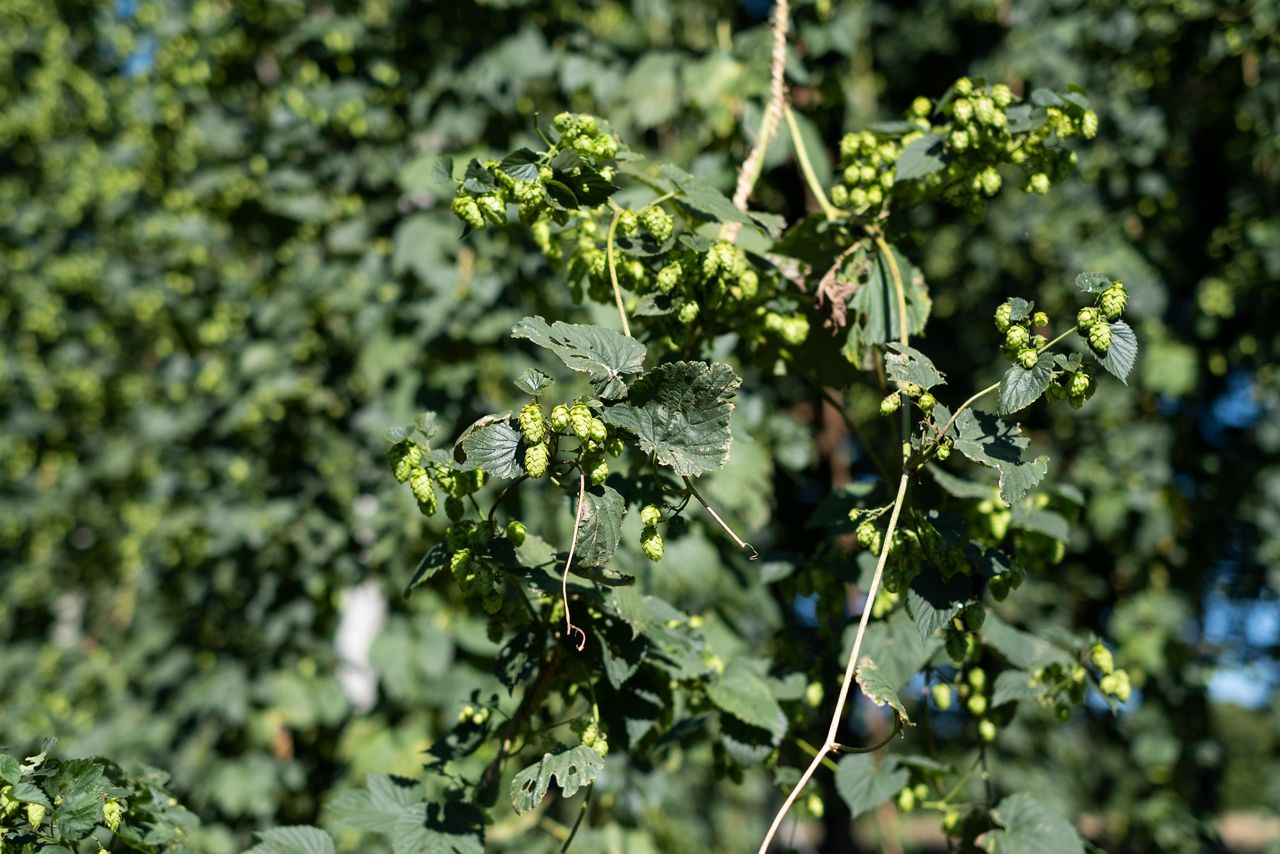 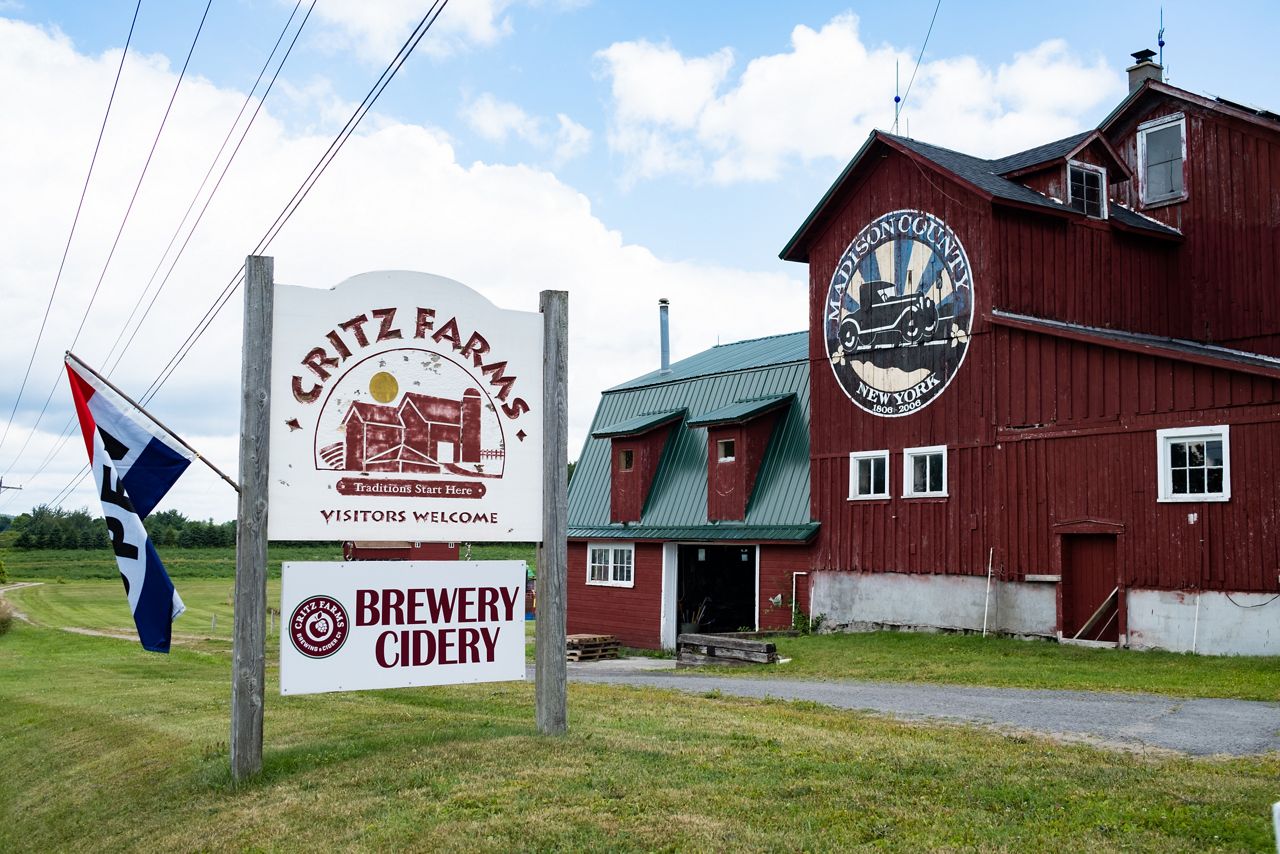 Critz said the legislation is a win-win for breweries and farmers.

“I think it has worked really well and given the craft beer business a huge boost,” Critz said. “It put a lot of people to work and benefited the state farmers in New York.”