Can the blue economy after the I2U2 summit help Asia’s rise?

The intra-Asian cooperation paints an increasingly optimistic picture of the growing rivalry between the US and China over Taiwan. The unrealized potential of a ‘blue economy’ is an innovative concept that can enhance this solidarity. This is a new idea in ocean management that uses the economic potential of the seas in environmentally responsible ways.

It includes a large number of interconnected, established, emerging industries, and “all economic activities related to oceans and seas”, which make up 71% of the Earth’s surface.

The transition to a knowledge society, climate change, food production and economic ties to increase regional and global connectedness are just some of the pressing regional challenges that the blue economy can help solve.

A blue economy strategy could be a game changer after an increase in multinational alliances like the I2U2 – including India, Israel, the US and the UAE. Once India and the UAE ratified the Comprehensive Economic Partnership Agreement in early 2022, it became relevant.

Similar agreements were recently signed by the UAE with Indonesia and Israel. If a blue economy strategy forms the cornerstone of a minilateral bloc in some of the new middle powers, such collaborations could gain even more momentum.

Several countries spend a lot of money drawing up plans for the blue economy.

For example, in 2015 India established SAGAR (‘Security and Prosperity for All in the Area’ or ‘ocean’ in Hindi) to focus on joint actions for the sustainable use of oceans, especially in the Indian Ocean area. . Indian Ocean, it forms the basis for a safe, secure and stable maritime domain.

Here are some key areas where, in this context, a blue economy could foster minilateral cross-border cooperation between Asia and West Asia.

Research has shown that microalgae have 400 times more capacity to store carbon than forests. Up to 2.7 tons of CO2 per day can be absorbed by one hectare of microalgae. For countries striving for carbon neutrality, eliminating the cost of using land and freshwater is becoming an alternative that is both economically viable and environmentally sound. 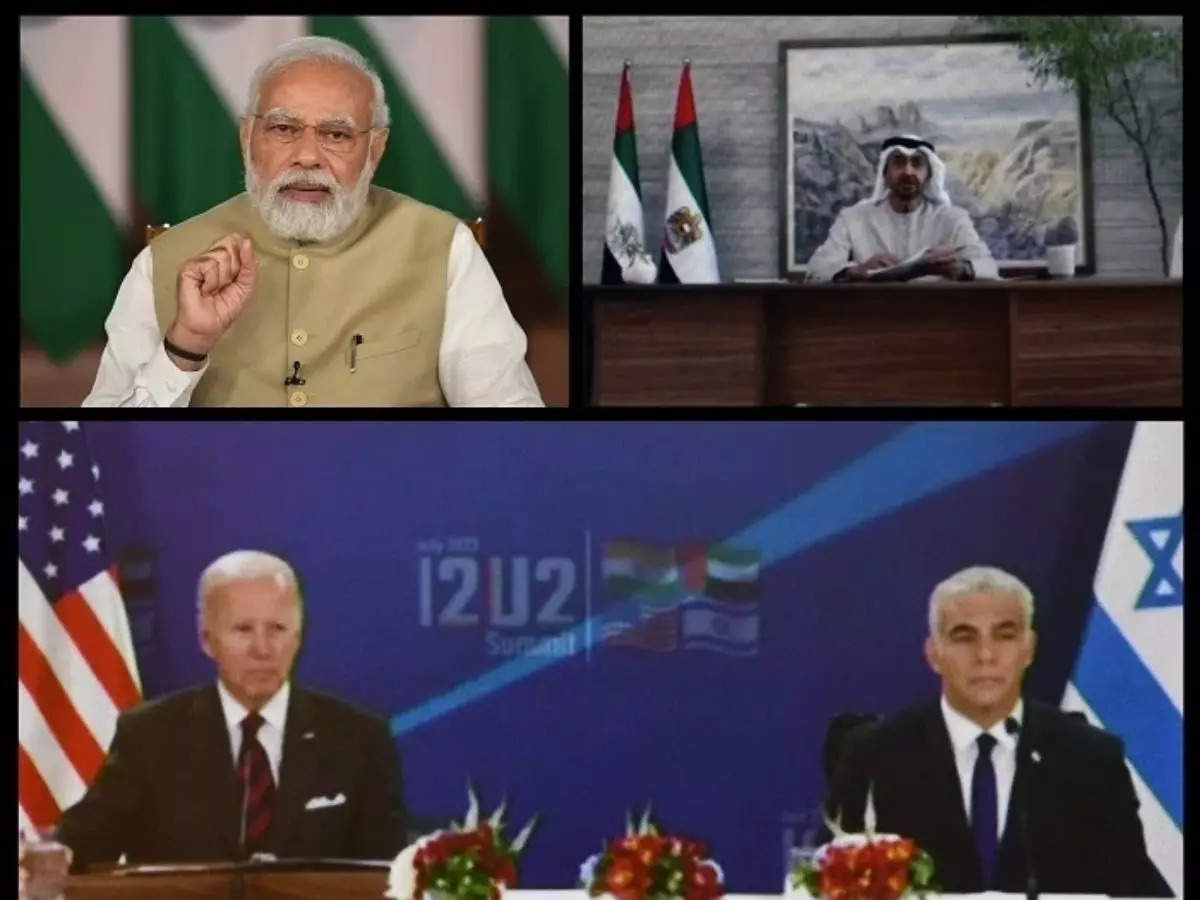 Food Safety: Fish farming is encouraged by the importance of algae to ecology. In addition, some types of seaweed and microalgae can produce protein production comparable to that of soybeans without straining the freshwater supply. The basis for 3D food production will be protein paste, which improves food security.

Excavations on the seabed hold tremendous promise for energy resources and advanced technology. New excavation methods at the depths of the ocean have raised oil and gas estimates. For example, some countries are investing in the extraction of methane hydrate, a potential energy source.

Oceans have huge renewable energy potential that can be used to power floating platforms and convert them into blue hydrogen alongside fossil fuels. The market for rare earth materials is growing rapidly. As a result, the extraction of rare earth minerals on the seabed has increased. These are already being excavated in Papua New Guinea, Tonga, the Fiji Islands and the Andaman Islands by companies like Nautilus.

India, Japan, Israel and the UAE could use their technological and infrastructure advantages to improve real-time identification and risk assessment of maritime activities, as long as demand for West Asian gas remains high. A combined task force can define the risks, look at the tools now in use to analyze the risks and improve existing solutions by enhancing real-time risk analysis based on AI technologies and machine and human interaction. Desalination initiatives are part of blue economic growth because water is becoming scarcer.

Artificial intelligence (AI) and robotics (ROS) could aid in the operation of energy-sufficient flying marine systems for unpiloted microalgae for food and nutrition security and CO2 capture and deep-sea excavations for electricity, rare earth minerals and scientific research.

Marine urbanization is increasingly used as the paradigm to address both the severe impacts of climate change on coastal areas and the growing population. Artificial islands and submarine real estate development have been tested in the UAE.

Most of the trade takes place by sea, leaving millions of people with jobs. One of the most serious economic effects of COVID-19 and the war between Ukraine and Russia is the disruption of major supply systems. Therefore, there is an interest in restoring and maintaining efficient supply chains and trade routes. This requires modern governance methods for complex systems, such as maritime spatial planning.

India’s blue economy accounts for about 4% of GDP and is expected to grow rapidly in the coming years. The two most profitable sectors of the blue economy are fishing and minerals. Polymetallic nodules and massive polymetallic sulfides are the two mineral occurrences in the Indian Ocean that are important from a commercial point of view.

More than 4 million fishermen with approximately 250,000 fishing vessels are supported by the coastal industry along 7,500 miles of coastline in nine states. In addition, it has 200 ports, 12 of which are important. The country’s blue economy is also heavily dependent on shipbuilding and shipping.

The Blue Economy Mission in India has the potential to grow the economy in the future. A blue economy is an ideal foundation for building a regional trade connectivity coalition that can be developed globally thanks to the country’s growing connections to the UAE, Israel, Singapore, South Korea, Indonesia, Japan, and others.

India can work with these countries to build a new partnership that combines the expertise and resources of the public and private sectors, think tanks and universities to unlock the potential of two-thirds of the world’s resources.

Oceans can be a place of intense competition or mutual support. The UAE, Israel, India and other Asian and international partners can start laying the groundwork to reap the benefits of collaborations and avoid the pitfalls of geopolitical rivalry.